Hate, An Effective Way To Win Friends And Influence People.

Hate, An Effective Way To Win Friends And Influence People.

My boss at an advertising agency I worked at came in one morning and wanted the entire staff to watch a video about sales and motivation to introduce a new profit sharing program for the employees. Any business we brought in, we would get 10 to 25% of the profit. The man in the video, while articulating “You should never ever ever give up,” “It ain’t over till the fat lady sings,” “It’s a numbers game,” “You just have to catch them at the right time,” etc., told the story of how he met this beautiful girl through mutual friends. He knew that she was the one he wanted to be his wife and the mother of his children. The main obstacle was that she was completely repulsed by him. He asked her out and she said no. He asked her out again and she said no. Again, no. Again, no. He asked his friends, “What’s wrong with her?… Why won’t she go out with me?” They said, “She doesn’t like you… She’s not going to go out with you… You need to leave her alone and stop stalking her!” He said, “It isn’t stalking if it works.” He ended up calling her and asked her out once a month for 13 months! Today, she’s his wife and the mother of his children. You may already know who I’m talking about. It’s Grant Cardone. There’s a good chance you’ve heard of him, and if so, you more than likely have an opinion of him. You love him or hate him. While watching this video, I was sitting next to a female who, on the political spectrum, is far left on every issue under the sun. Do you think she loved or hated Grant Cardone? She was particularly offended by the “It isn’t stalking if it works” comment. She, of course, had nothing but negative emotions to express about this Cardone fellow. 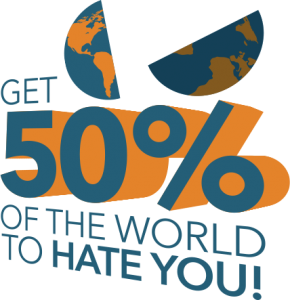 Good or bad, love it or hate it, we live in a very polarized world. What illustrates that better than our own American politics? Do either of the below pictures provoke any positive or negative emotions? 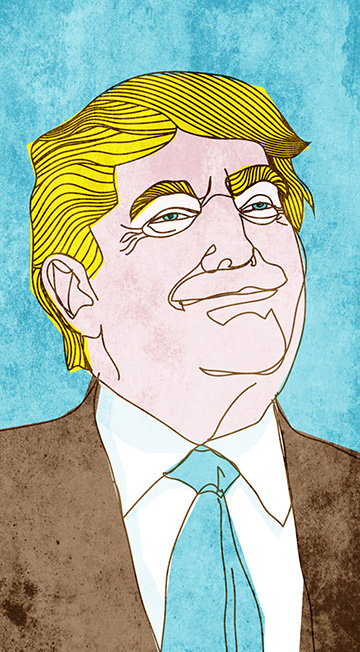 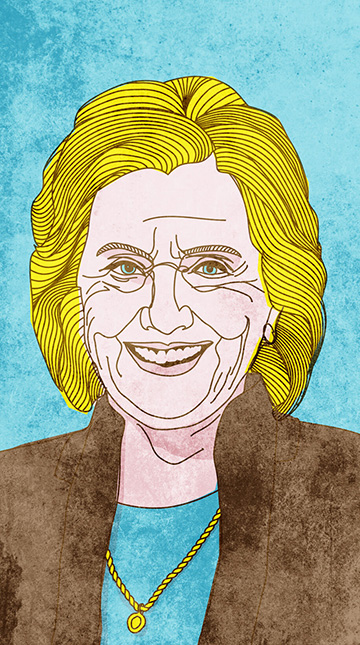 Both of these candidates were very successful in getting about half of the country to hate them! Which one tried more to be all things to all people? Which one concerned themselves less with those they knew hated them no matter what? Which of the two won the election?!

Nobody wants to admit that they were hooked or motivated by hate. The focus should be on the positive inverse of hate. Love. Decision-makers are human. They all have the same emotions. Emotion is the most important thing to attach to your pitch. Numerous studies show that people do not make buying decisions rationally, they make buying decisions emotionally. It is only after that emotional decision is made (often subconsciously), that they go and rationalize their decision.

How Do You Effectively Attach Emotion To Your Company’s Pitches?

You can start by adding an emotional basket case to your “team of awesome crazies”. Not one motivated by hate, rather one who can use the polarized environment we live in to accomplish good for the companies you represent!

3 Influential Books I Believe Can Help Me Help You.

Each of these books was written with very different perspectives. 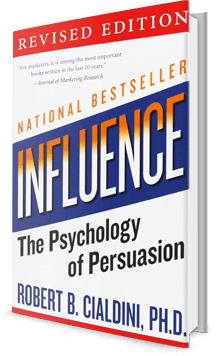 Influence, the Psychology of Persuasion was written by Robert Cialdini from the perspective of how to resist falling prey to the marketer’s weapons of influence. 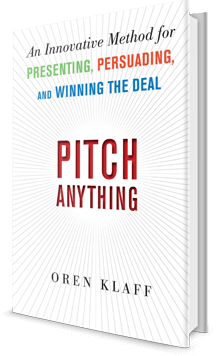 In Pitch Anything, Oren Klaff takes a very different, counterintuitive, approach to pitches, maintaining control of the conversation using what he calls frame control.

In Instant Influence, Michael Pantalon explains how to get a person to come up with the idea to change on their own with a series of questions while maintaining their own autonomy.

Oren Klaff and Michael Pantalon are actually pretty polarizing folks themselves. You can tell they are very much in love with themselves because the first third of their books is just them talking about how awesome and great they are. They do, however, justify this in the remaining two-thirds! Okay, so they’re polarizing. Do you think this helped or hindered them in their book sales?…

If a person or group feels such disdain for you, they’re probably not in your target market. Why not use that hate for good? Use that hate to identify the people who will be receptive to and promote your company’s good message. Use it to win friends who are winnable and influence people that are influenceable.

How can we get half the world to hate you?

They say there is a fine line between love and hate. I always hated that phrase… So let’s erase that line.