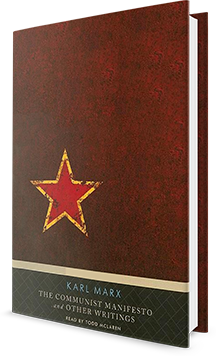 Anyone who claims the modern Democrat party in America isn't socialist or communist that hasn't read Karl's book, has no business speaking on the subject.

All the talking points are still the same. The only thing that's changed is the meaning and use of the word "liberal", which to Karl, was a bad word because it's classical definition was rooted in "liberty".